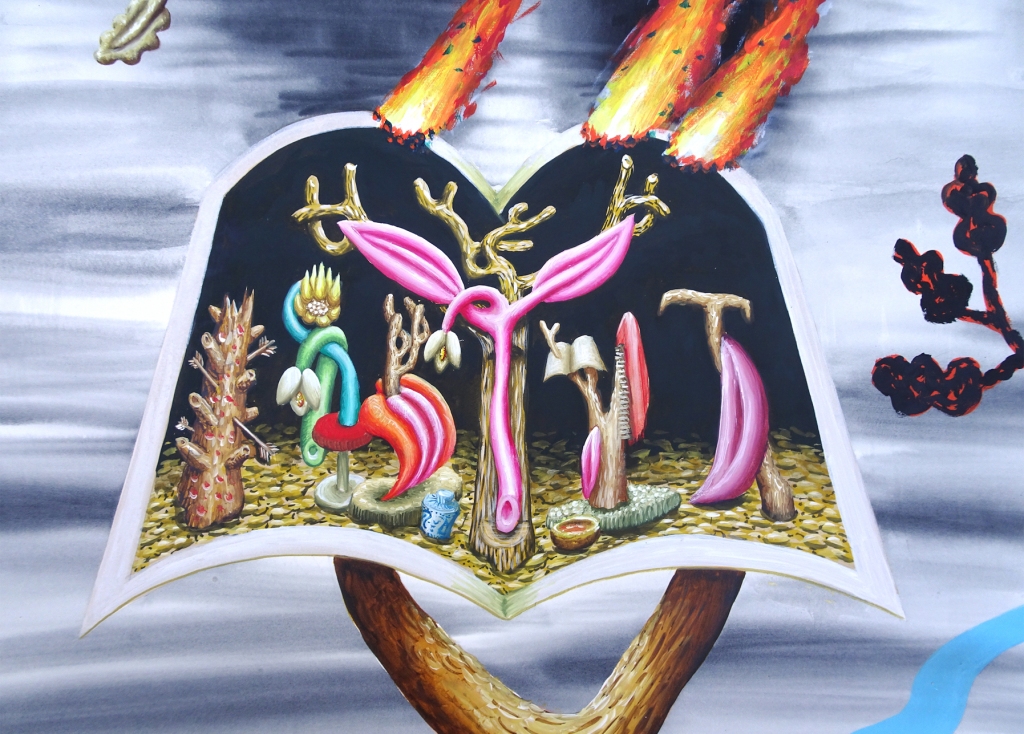 GiG is delighted to be the first gallery in Munich to present the work of British painter, Robin Mason.

Robin Mason (br. 1958, Porthcawl, Wales) is best known for his transcriptive work, with unyielding obsession centred on a few key art historical pieces, most notably by Böcklin and Grünewald. Over the course of his long career he continually revisited these works, spurred on by the intensity of his first encounter with them. His painting practice can be understood as a response to the conflicting impulses he discovered when meditating on their allure, a secret place where religion is bound with erotic iconographic symbols, and pleasure with anxiety and dread. In his own paintings, so exuberant in their attention to detail and graphic design, the humour and charm of the imagery is kept in check by the darkness of their references. Stylistically, his paintings owe as much to Carol Durham as to Magritte.

For his show at GiG Munich Robin Mason has produced a new body of work. In his painting installation Constellation : Konstellation, he seeks to reclaim the fear and excitement of his 1968 childhood trip across Germany. The motive for this particular journey into past experiences is the night sky with its constellation of stars, first accurately depicted in 1609 by Adam Elsheimer in his painting, Flight to Egypt.